We all know the ancient Greek myth of the ancient bird that rises from the ashes, reborn, renewed. There are three movements – the long life (legend has it at about 500 years), the plunge into the fire (some stories have the bird dying then rising from ashes), the resplendent and shining like the sun gloriously colourful soaring high as a new creature. I have been listening to a song about South Africa this week, created on the cusp of the fall of apartheid echoing the country’s journey to that of the phoenix. I have felt inspired by the present tense that is in the lyric: from the ashes of the fire the phoenix will arise.  There is such confidence and direction of onwards and upwards. There is no energy given to the death or destruction, only the power that has been gathered from being consumed and new life is the inevitable consequence.

The black residue arrives after the hisses and crackles, snaps and pops of the logs and twigs as the cinders die out and the last gasps of oxygen leave the fire. We recognise the end of the fire’s life. The ashes start to arrive long before the fire is out though, and we often detect the end is nigh. Stoking the fire to keep it alive is often a temptation and we want to linger a little longer. I have found myself doing that from time to time, not being quite ready to let something new emerge and preferring to hang on before letting go. There is also the being consumed part, letting the fire take over to eat up what remains. Afterall fires create both heat and light, so perhaps, seeing a fire in another will attract some attention and company. That has been my experience. I have been generously accompanied by others who have noticed me in the fire and all the forces human and cosmic calling me to rise, rise, rise.

There have been three wise men around the fire this week who have each gifted me with kindness and a challenge. Challenge number 1 was to risk myself and stay open to the possibility of male companionship and intimacy. Challenge number 2 was to embrace my skills in community development and head back to do it in the burbs. Challenge number 3 was to apologise for holding bad thoughts about a couple of people that I know now was completely misguided and misinformed.  I suspect addressing each of these challenges will be part of the rising from the ashes. I have made a little start already with the apologies which of themselves are huge and deeply embedded in my synaptic pathways, but new information has arrived and healing all round will occur, I hope.  The community development challenge isn’t difficult and can easily be re-framed and put into place where I find and put myself in my work. It is a lot harder to do in my personal life, when I am living as a pilgrim and not connected to a neighbourhood.  The first one though is the Mt Everest one for me. At this point in the ashes I have only aversion and no experience, knowledge or desire. I am relishing friendships and am not lonely, although often alone.  I love the liberation and freedom and never, ever want to be a carer again. I am in credit on that ledger. It might take a long time for those plumes to appear on this phoenix, if ever! What I am taking from that challenge though is an instruction to hold doors open and see what comes through, not to keep doors shut.

When sparks fly sometimes, they are joined in the fire by ashes flying like confetti. We all know how choking and debilitating an ash cloud can be, but around a campfire the wisps of ashes offer themselves up as a forecast, floating until they can be seen no more joining with the night sky.  The phoenix doesn’t form until the old bird is fully consumed and only then does she arrive majestic in her new form. I can feel some of my early ashes turning up in the atmosphere and the embers are starting to fade with the potential of a phoenix rising. It is a relief to come to this point after so much combustion, although there are still sticks poking the fire, I think more ashes are creating a nest for something new to turn up. The three wise men of the week all love me and recognise in me the fire, the ashes and the emerging phoenix, they are calling her out. Perhaps the lesson from the week and from the phoenix is: love is the fuel of the fire.

A heart filled with love is like a phoenix that no cage can imprison.  – Rumi 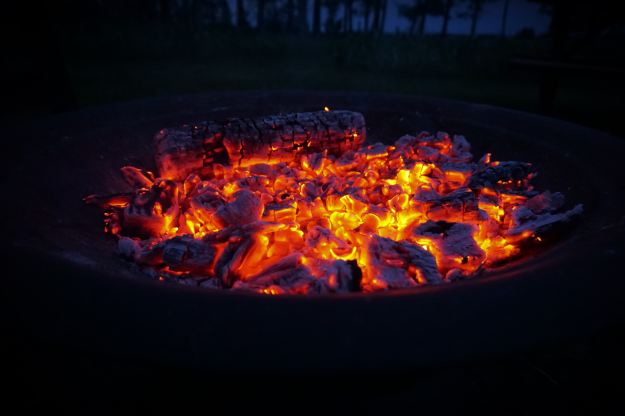