There is loss and grief in the life of any activist.  The feelings that you haven’t done enough, the expectations that are met (mostly of yourself over others), the fraud you seem to be by not completely walking the talk … the litany goes on.

I was reminded this week of Teddy Roosevelt’s quote: Do what you can, with what you have, where you are. And that is more than enough.  It’s not too different to Mother (now St) Teresa of Calcutta’s mantra: Bloom where you are planted. When I was young mother I held onto these instructions and took up the mantel of trying to be a household that had at its centre the notions of justice and peace (and the truth that there can be no peace without justice). I had plenty to guide me, especially once the children were in kindy – the local kindergarten was a school for us all – we all learnt about community there. I also had my Catholic social teaching to draw on and the local library which is where I found the McGinnis book Parenting for Justice and Peace, it was the only parenting book I ever really had. It was the crucible of my activism and set many of the foundations for the decades ahead.

This weekend has been filled to the brim with responses to the bushfires. I was involved in a fundraiser at Mt Compass where the locals through their Supper Club and the generosity of singers and musicians raised funds and had an entertaining evening. The choir I belong to belted out tunes and enjoyed having the opportunity to make a contribution. With my pals at Collab4Good we hosted a Heal and Hustle day with activators who shared lessons and provided spaces for reflection and learning starting with an expose of where unexpressed loss and grief comes from and how its suppression through the centuries via colonisation has led to destruction of our Mother Earth.  It was quite a day.

I am truly tired to the bone. It is time to rest, to put down the lyre and sob on the banks of the river. To feel the loss. To be sad. To bleed. To grieve.   I am hearing despair in many voices, and anger and frustration is just below the surface in so many people I meet and they are falling away from hope. I hear them clinging on to despair, for fear if they let go of despair then the abyss will appear.

David Whyte writes: Despair is a necessary and seasonal state of repair, a temporary healing absence, an internal physiological and psychological winter when our previous forms of participation in the world take a rest; it is a loss of horizon.  I am developing an understanding of the necessity of despair as an activist. In the northern hemisphere it is seasonally connected to winter as Whyte figures, I think the season of despair in Australia, is summer. Our horizon has been lost in the smoke and in places where day felt like night and where the land and the sea and the sky all fused into one … and no horizon to be seen.  The externalities finding their way into our lungs at our most cellular level.  We are exhausted by the heat and horror. It turns us inwards just so we can catch our breath and dig deep to refuel – but we cross over into despair before we can find our way back. It is a way for us to have some respite. We become separated from hope when we are in despair, we have reached a rock bottom and so the only way left is up. In fact the word despair comes from the Latin to come down from hope.  Maybe it is the moment of a reality check, that calls you to humility about what you can and can’t do, or perhaps the moment that holds your hand gently and reassuringly that you are not alone.

My experience of despair is it can be very bleak, and it needs to befriended and understood as loss, then grief and it needs to be treated as a season, and like any season will evolve and take shape over time as something new. It is not resilience or recovery that despair calls for, it is renewal.

Just like the child who grows into an adult and the reminders I had in my parenting, there are many seasons and moments of despair in parenting. And there are days when it feels like four seasons in one day!  This revelation might be a takeaway for an activist too. 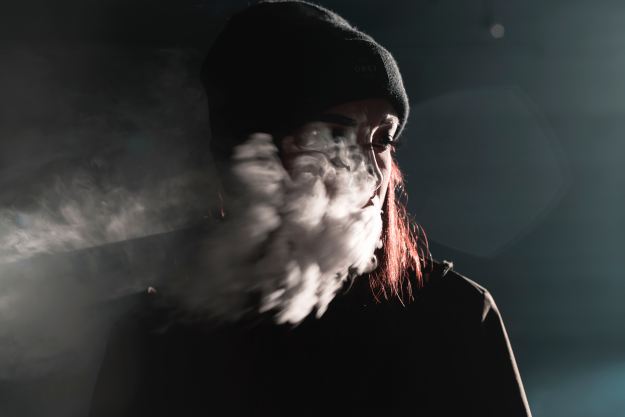 Mothering never seems to be far away.  The desire to be mothered, the act of being a mother, let alone the sensation of realising you are being held by Mother Earth.

I once worked in an office that had a fully equipped kitchen and was leading a team that worked incredibly hard in a very challenging environment. I regularly got to work early and baked muffins and had the coffee going for when the rest of the team arrived. They reported to me that coming to work on those days with the waft of fresh baking and the warmth of the oven helped them anticipate a ‘good day at the office”. It often wore off quickly as we faced crisis after crisis – but we faced it together – fed and watered.  The other side of the wall to our office was the team that were often the source of the crisis or had the knowledge to help us address the crisis.  The day we all came to leave their leader told me how much his team envied us with our home-made muffins and that my nickname was “earth mother’.  I was shocked – almost appalled – here I was thinking my actions were a sign of being a wise General feeding my troops, making sure they had enough fuel to get them through the next battle.  They other side of the wall, saw me as Earth Mother nurturing and caring!

So for those who know the enneagram, you won’t be surprised when you learn that I am an 8.

When I came home one night last week, the house was full of smells of pasta, tomato, garlic, chilli and herbs. One of the children had arrived and was cooking dinner. His first cooking adventure was lentil soup when he was 4. It was delicious and I felt very nurtured and loved. In the home the children grew up in I had a Hollie Hobbie picture that my mother had given me from a women’s magazine. It said: When its someone you love your food will be greeting, the joy is in the cooking as well as in the eating.  I was glad he had learnt this lesson in our kitchen all those years ago.

This past week I was worried about a woman heading into her final stage of pregnancy.  For weeks now I have watched her huff, puff and find ways to move that will keep her comfortable.  I instinctively knew her baby wanted her to slow down or even better still stop so it too could catch its breath and do the last bit of growing in a  more still and staid state. Eventually the baby took his mother into his own hands, and demanded attention, insisting that stopping was essential.  She listened and stopped and I was relieved.  My maternal instinct was riding high. The passenger in her body spoke clearly and loudly.  When a child acts in ways to demand your attention to ensure you can’t miss the meaning, it has been a very humbling, in my experience.

Over the years, I have had that moment more than once, when I have had to be still to fully focus on what was happening to me as a result of a child demanding my full attention.  The 4 year old lentil soup cook, was also the impossible teenager and broken young man and now the 30 something pasta perfectionist, happily making steps to create his own family.

This is a gift of motherhood to know the child within you – even when the child has long left the womb – connects in such a way to you that causes you to stop so the shape shifting can occur for you both to be one again. There have certainly been times in my mothering when I wanted to completely disconnect, but that invisible umbilical cord, is never fully severed.

I am reminded in these reflections Hildegard of your mothering in the Abbey – the young ones you yearned to come to live with you, your heart break at the ones who left you and your delight in the harvest of their lives as they found their home in you, the Abbey and your God.  Your deep appreciation of the Motherhood of God. You weren’t afraid to embrace the idea of God as Mother and the earth as mother.

These days I am settled with how others might notice and define my motherhood and mothering – whether that be as a General or some incarnation of mother earth in the  kitchen or staff room.

Being motherly and a mother has come very naturally to me, and I find that my mothering is not dependent on biology, but it is dependent on my sense of feeling  grounded in both heaven and earth – a cosmic and practical phenomena that puts my humanity in the middle of these two realms.

We are all seeds miraculously coming to birth, through love and genius. And as you have written Hildegard:

The earth is at the same time mother,

She is mother of all that is natural,

mother of all that is human.

She is the mother of all,

for contained in her

are the seeds of all. 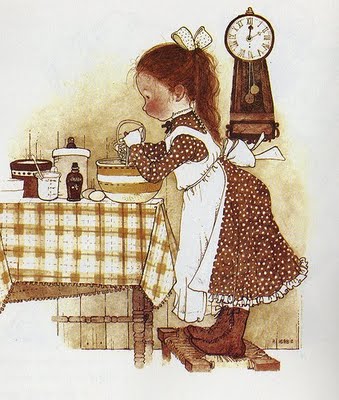