This week my promise to the future is encoded in tears and resolve. I awoke to the sounds of cats fighting and possums ducking out of the way and in between the hissing and screeching the starlight flooded the spaces between the vertical blinds. It was 2.30am and on the other side of the world in cosmic harmony a seismic moment was being had on Pennsylvania Avenue. I turned on the computer to watch the 45th President of the USA be sworn into office. The pomp and ceremony followed and it was hard to find any faces in the choirs and people gathered that were non-white – there were a few – but not many. I in-canted Pastor Neimoller’s famous words hoping and praying I might need them in the future, but promising I will carry the words more closely than I have for a while – our shared future depends on our ability to organise, speak out, stand up and not for those like us but those not like us.

First they came for the Socialists, and I did not speak out—
Because I was not a Socialist.

Then they came for the Jews, and I did not speak out—
Because I was not a Jew.

Then they came for me—and there was no one left to speak for me.

I understand the people of the USA have made a choice in a less than equal way of casting their vote and with the shadow of Jim Crow hanging over the electoral process. And while I understand and deeply respect and am impressed by the nonviolent transition of power, this is not a time for complacency, it is a time for reform. We have the lessons of Brexit, Trump’s election, rise of the right in France, Germany, the legitimacy of MPs such as Pauline Hanson in my own country. The primacy of putting your own country and people first, has moved a patriotic act to far right nationalism and the slow sleepwalking drift in a nation as comfortable as Australia into something more sinister is not a big leap.

For our first nations people they have already witnessed and been the victims of colonialism and another generations willingness to outsource its misfits and poor half way across the world.

I am making a promise to understand more history to be better informed about how wars start, is it with a misunderstanding? A mistranslation? I wonder if a lot start by, mistake. It feels to me like we are in a frog in hot water situation, the water is getting hotter every day and by the time we could jump out of the bowl, it will be way too late. Vigilance is our friend, the first track on the playlist is “fired up, ready to go” and the list of names on the roll is waiting for you to sign up and sing up a solidarity storm. We have got to stop talking to people who think just like us we have to reach out to those that aren’t like us, go beyond the usual suspects to build new coalitions and find the edges where we can connect and build a bridge to the future with bricks of solidarity – because this isn’t Oz Dorothy and history should not be repeating itself. 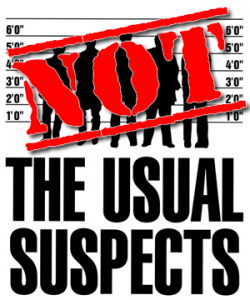 2 thoughts on “Promises to Tomorrow #3: Beyond Usual Suspects”